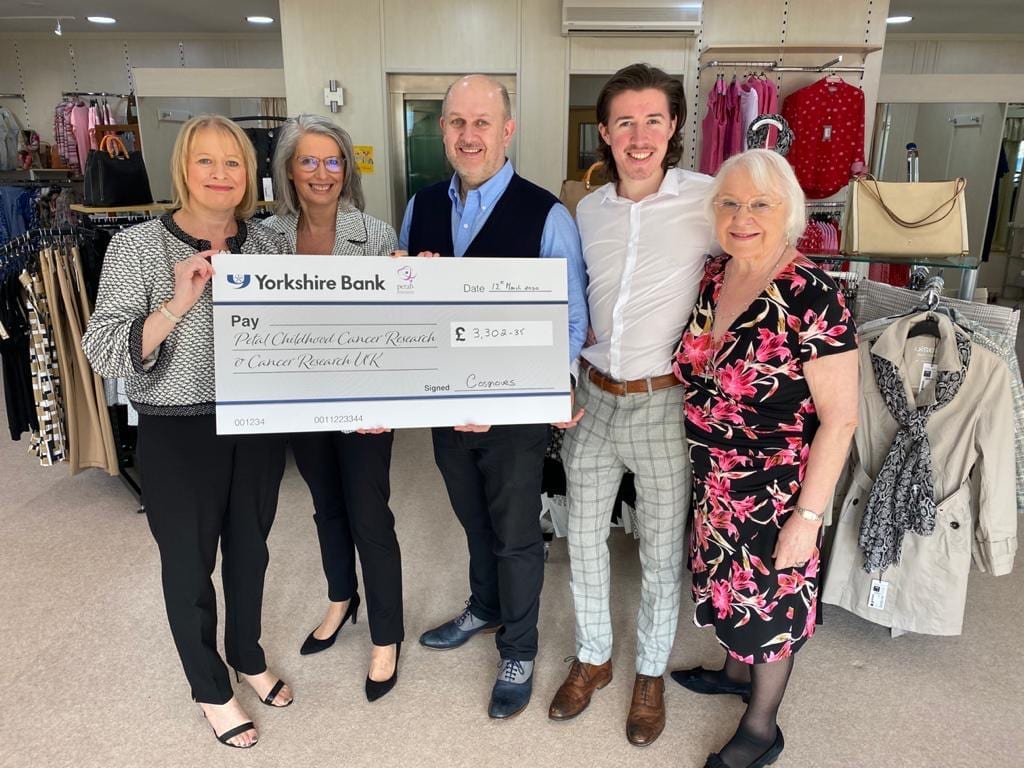 Celebrating Charity Fundraising and The House of Dior

On Thursday 12th March, we staged our final charity fundraising event in the form of a fascinating and highly enjoyable talk by Susan Rumfitt entitled ‘The House of Dior’.

We welcomed back Susan Rumfitt, who is a Freeman of the Goldsmiths’ Company, a regular specialist jewellery presenter on the BBC’s Antiques Roadshow and is an accredited lecturer for the Arts Society. Therefore, she is highly knowledgeable and very well placed to give fascinating talks and valuations and a regular guest speaker to Cosgroves. She announced that she will return with her next talk on the jewellery collection of Princess Margaret – which is bound to be full of intrigue.

The event was the culmination of six months of fundraising for fellow Director Martyn Watterson and his nephew Mark Winckley, who will be running the London Landmarks Half Marathon on Sunday 29th March in aid of Petal Childhood Cancer Research and Cancer Research UK. We are delighted to announce and thank everyone for their continued support through buying raffle tickets that the incredible sum of £3,302 has been raised. After Susan’s talk the draw was announced and there are 10 winners of great prizes, kindly supplied by Yu Copster Green, Northcote, Freemasons, Sarah Layton, Rendezvous Skipton, Gant, Lacoste, Susan Rumfitt and vouchers to spend in either Cosgroves store.

Susan’s talk was very well received and we were all enlightened by the rise and influence of Dior on modern day fashion. Christian Dior was a major influence shaping postwar fashion and introducing a ‘New Look’ in his first collection in 1947. The look was called the ‘Corolle Line’ and the lead item was the famous ‘bar’ suit – a fitted white jacket and pleated black skirt combination. Each suit took 150 hours to make and used 25 yards of fabric. He created designs for ‘flowerlike women’ with rounded shoulders, feminine busts and handspan waists. He was praised for reintroducing femininity and believed in the total look which of course included jewellery, perfume and shoes. Perhaps he knew but in 1955 he introduced Yves Saint Laurent at the young age of 19 to assist him, two years before he died. The label continued and gained strength over the decades under different designers, being patronised by Princess Margaret, Wallace Simpson, Marlene Dietrich, Marilyn Monroe, Bette Davies and Ava Gardner.

Dior introduced costume jewellery of exceptional quality to the world by attracting jewellery makers who worked at famous fashion houses prior to the war. He believed every outfit he designed should be accompanied by a matching jewellery piece and costume jewellery made that possible. Dior has left a lasting legacy that continues to this day as the ‘Designer of Dreams’.

We would like to thank everyone for supporting the fundraising effort and wish Martyn and Mark good luck on the race day.

This website uses cookies to improve your experience while you navigate through the website. Out of these, the cookies that are categorized as necessary are stored on your browser as they are essential for the working of basic functionalities of the website. We also use third-party cookies that help us analyze and understand how you use this website. These cookies will be stored in your browser only with your consent. You also have the option to opt-out of these cookies. But opting out of some of these cookies may affect your browsing experience.
Necessary Always Enabled
Necessary cookies are absolutely essential for the website to function properly. This category only includes cookies that ensures basic functionalities and security features of the website. These cookies do not store any personal information.
Non-necessary
Any cookies that may not be particularly necessary for the website to function and is used specifically to collect user personal data via analytics, ads, other embedded contents are termed as non-necessary cookies. It is mandatory to procure user consent prior to running these cookies on your website.
SAVE & ACCEPT